Located at 2nd Cross Road, Gandhi Nagar, the Cubbon Park is accessible from M.G. Road, Hudson Circle, Kasturba Road and Ambedkar Veedhi. Spread over 300 acres of land, it is officially known as Sri. Chamarajendra Park and is based in the Central Administrative Area. The park houses and provides a green environment to the State Library, the Vidhana Soudha and the Attara Kacheri. It was made in the year 1870 by the then acting Commissioner of Mysore, Sir John Meade and was basically designed as a public park in an area of about 100 acres. The idea of the spacious area of the park was conceived by Major General Richard Sankey, the then Chief Engineer of the State. In honour of Sir John Meade, initially the park was named as “Meade’s Park”, but later it was renamed as Cubbon Park in honour of Sir Mark Cubbon, the longest serving commissioner of that time. Since its inception, the park has been regularly developed and improved by adding new structures. In 1927, the park was officially renamed as “Sri. Chamarajendra Park” to memorialise the Silver Jubilee of Sri. Krishnaraja Wodeyar’s rule in Mysore State.

The park has motorable roads which is used by light motor vehicles only. The roads are not accessible during the early dawn hours i.e. from 5 a.m. to 8 a.m. for safety of morning walkers. That’s why it is the best time for taking fresh air among locals. The area boasts of many exotic and indigenous botanical species having about 68 genera and 96 species with a total number of around 6000 trees or plants. One can see here indigenous species of plants like Cassia fistula, Artocarpus, Ficus and Polyalthias and exotic species such as Bamboo, Castanospermum australe, Araucaria, Grevillea robusta, Peltophorum Schinus molle and Milletia. Other than these varieties, many flowering trees and ornamental plants are planted in the area. There is an oak tree, Grevillea robusta (silver oak) which boasts of being the first oak introduced to Bangalore from Australia and is situated next to the tennis pavillion. With so much offering of flora, it’s a perfect place for botany teachers as well as students to learn and research.

There are many magnificent statues of prominent personalities that are installed inside the park. Major General Sir Mark Cubbon’s statue stands grandly near the terrace garden. Sri. Chamarajendra Wodeyar’s effigy with a fountain in the front, is established in the centre of the park near the tennis pavillion. The Queen Victoria statue is installed in a corner of the park near the Mahatma Gandhi Circle. For kids, there is a children park where they can enjoy a ride in the toy train, Puttani Express and can visit the Doll Museum. 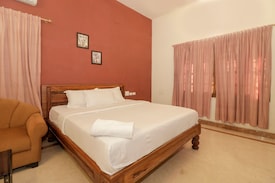 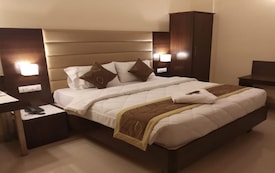 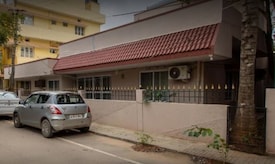 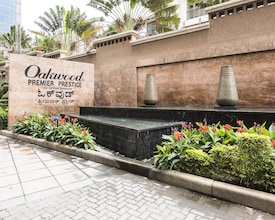 “Please check all the electronic devices at the time of check-in failing which you run the risk of ...”

All Hotels near Cubbon Park