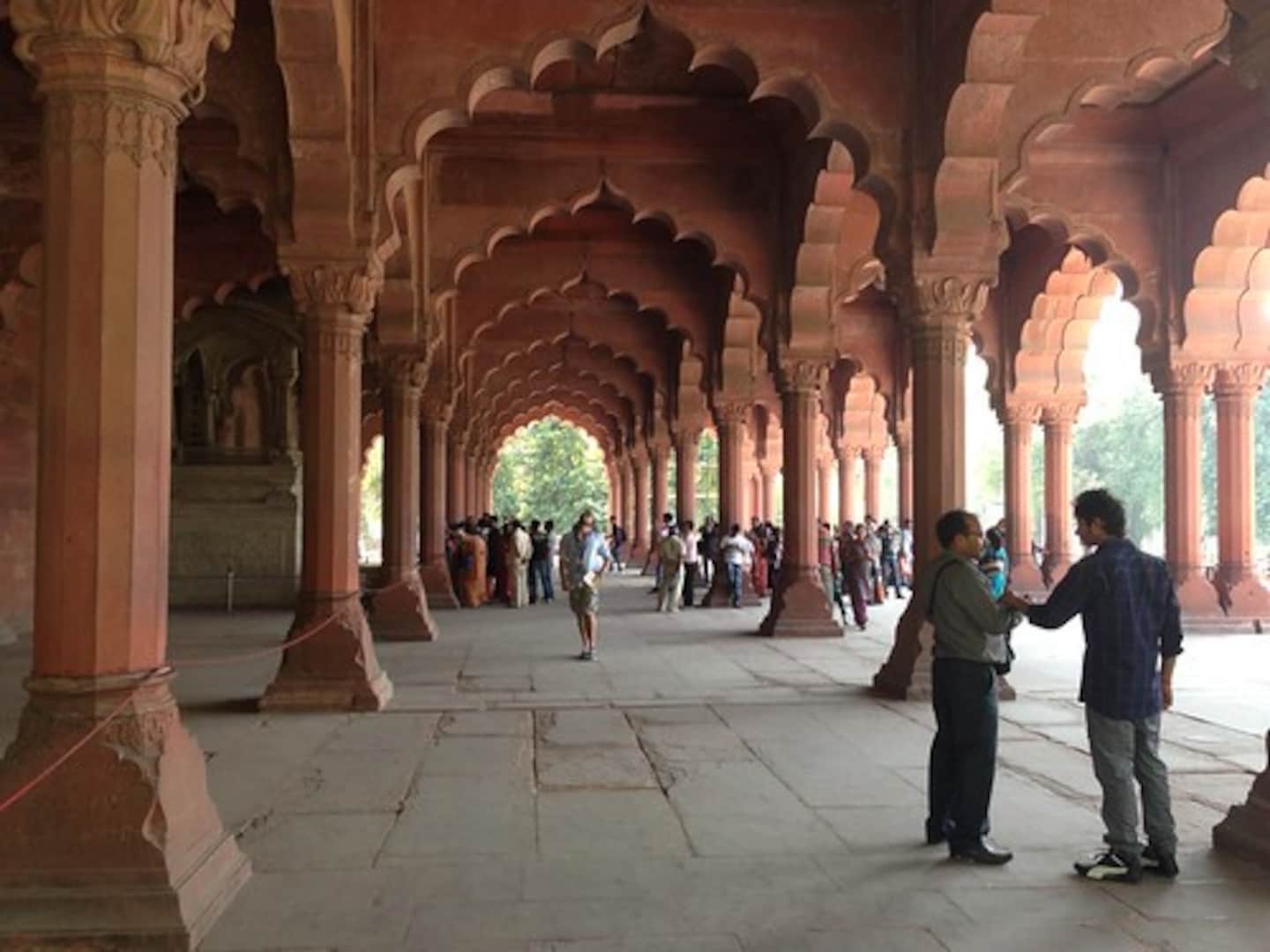 Located right on the heart of the city, the Red Fort is one of the prominent red sandstone architectures that was built by the Mughals in the year 1648.

Located right on the heart of the city, the Red Fort is one of the prominent red sandstone architectures that was built by the Mughals in the year 1648. Today it is one of the UNESCO World Heritage Sites in India and is one of the most popular tourist destinations in Old Delhi. The massive walls cover a total area of about 254.67 acres.

The eminent structures that the Red Fort holds are the Lahore Gate (the main gate), Delhi Gate (the public gate), Diwan-i-khas (the Hall of Private Audiences), Nahr-i-Behisht (which grounds the imperial private apartments), Moti Masjid, the Pearl Mosque, Hayat Bakhsh Bagh, pavilions, water channels and fountains. This massive fort was commissioned in the year 1938 by the Mughal emperor Shah Jahan and the design represents the zenith of Mughal creativity. The fort served as the residence of the Mughal emperors. In the later years the significant phases of development were under Aurangzeb.

Over the years the fort has witnessed many rulers including Nadir Shah in 1739, the Marathas in 1752, Ahmed Shah Durrani after the third battle of Panipat, Baghel Singh Dhaliwal in 1783 and later by the British in 1803. Today it serves as the place from where the Prime Minister of India addresses the people on the Independence Day. One of the major tourist attractions in the Red Fort is the light and sound show that narrates the Mughal history.

Open all days. (Closed on Monday)