The Louvre Museum is both a historic palace and most visited museum in the world. The museum is located in the Louvre Palace which was originally built around the 12th century. Later it was turned into a museum in 1793. In the present day, the museum holds artefacts from the prehistoric age to modern times.

The famous collection includes very old Greek, Roman and Egyptian sculptures, paintings by Rembrandt and Leonardo da Vinci, antiquities of Louis King XV and many more. Outside the museum is the giant Louvre Pyramid made of glass that adds an effect to the historical building behind. To save time buying tickets online can be good or else different entrances to the museum hold counters to buy tickets directly from the museum. The ticket is valid for a full day so you can enter and exit as you like in case you haven't seen the whole of the museum. 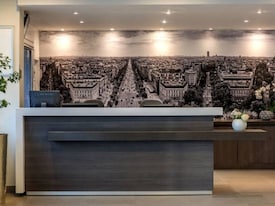 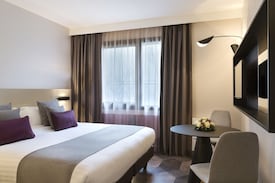 All Hotels near Louvre Museum