Jaipur
City of Palaces and Forts

The capital city of Rajasthan, Jaipur&nbsp;was built by Maharaja Sawai Jai Singh. It is popularly known as the &lsquo;Pink City&rsquo; because of the houses that are built with beautiful pink and orange hues. The city is built according to Vaastu Shastra with the help of Vidhyadhar Bhattacharya.
The famous tourist attractions include Hawa Mahal, Amber Palace, Jal Mahal, Sheesh Mahal, Jantar Mantar, Jaigarh Fort, Nahargarh Fort, Albert Hall Museum, Sisodia Rani Palace and Garden, and Birla Mandir. Adventure junkies can opt for paragliding, camel riding, hot air ballooning and rock climbing. The markets of Jaipur are very popular for the variety of handicrafts, jewellery, carpets, gems, colourful umbrellas and traditional clothes. Jaipur experiences hot and dry climate throughout the year and the best time to visit is from March to October.
Read More Read Less
City Weather

Places to visit and things to do in Jaipur

6
City Palace
All Attractions of Jaipur

How to Reach Jaipur

One inquiring how to reach Jaipur from other parts of the country has got the option to reach Jaipur by train also. The Jaipur Railway Station also serves as the headquarters of the North Western Railway zone of the Indian Railways and is well knitted with all other major cities in India.

One planning to reach Jaipur by air has the option to book his flight to Jaipur to Jaipur International Airport. The airport also serves as one of the eminent substitute to New Delhi International Airport during the winters when there is heavy fog. The city connects to Sharjah, dubai and Muscat and the domestic flights plies to all the major cities in India. 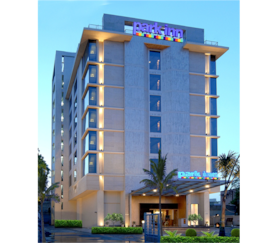 “If you don't want a smoking room, make sure you ask. Floor 5 is smoking.” “near to famous world trade park” “Had a great time”

All Hotels in Jaipur Things to do in Jaipur Jaipur

Re-Ask Answer
Thermal screening is made compulsory at the office entrance.

Answered 13 hours ago
Upvote
See All 9 Answers
Have local transport services like autos, three-wheelers etc resumed in the city?

Re-Ask Answer
Local transport services are allowed to operate with proper sanitisation of the seat and touchpoints before and after every trip.

Answered 13 hours ago
Upvote
See All 8 Answers
Are buses, metros and other public transport sanitized at regular intervals?

Re-Ask Answer
Yes, buses and other public transport have been advised to sanitize the seats and touchpoints before and after every trip.

Answered 11 hours ago
Upvote
See All 3 Answers
Are all supermarkets and markets (grocery, stationery shops etc.) inside residential colonies open?

Re-Ask Answer
All supermarkets and shops in residential colonies are allowed to open.