The Aga Khan Palace is also known as the Gandhi National Museum and is a part of the Indian freedom struggle.

The Aga Khan Palace is also known as the Gandhi National Museum and is a part of the Indian freedom struggle. It served as a prison for national leaders like Mahatma Gandhi during the Quit India Movement in 1942.The Aga Khan Palace was donated to India by Aga Khan IV during 1969. The museum also serves as a memorial wherein the remains (samadhi) of Mahatma Gandhi’s wife, Kasturba Gandhi rest in peace. The palace was built in 1892 by Sultan Mohammed Shah, Aga Khan III.

The palace comprises of five halls and large verandahs. Although the palace is architecturally Islamic yet it includes hints of Italian art with many arches. The palace also contains a gallery which has belongings of Gandhiji like clothes, footwear and a few more. The palace is situated on Nagar Road in Kalyani Nagar.

When taking a trip to Pune, the Aga Khan Palace is a must visit as it is known for its historical as well as architectural significance. 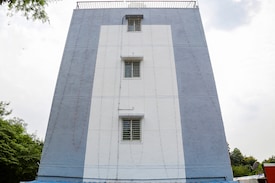 “Need to check and ask for basic utilities” 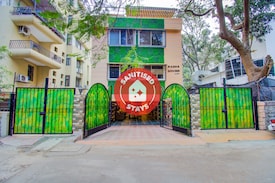 All Hotels near Aga Khan Palace