Shimla, the summer capital of the then British Raj still adorns the crown of all hills. It is the capital city of the Himachal state and is famously known as &lsquo;the Queen of hills&rsquo; (nicknamed by Britishers). The Mall, Ridge, Summer Hill, Christ Church, Scandal Point, Himalayan Bird Park, Jakhu Hill, Gaiety Theatre and many more attractions are here to see.
Ice skating, Skiing, Mountain Biking and Paragliding are heavenly activities for adventure trippers. The awe-inspiring Victorian-style houses, bustling markets of the Mall Road and Lakkar Bazaar and the toy train ride from Kalka to Shimla are not to miss things while touring this hilly resort. Primarily picked for a cool holiday package, Shimla lives in the hearts of honeymooners, families, and youngsters. There are numerous food options in this entertaining city for every taste buds whether it is Continental or traditional.
Read More Read Less
City Weather

Places to visit and things to do in Shimla

6
Summer Hill
All Attractions of Shimla

How to Reach Shimla
Shimla is one of the most easy accessible hill stations in India. People who are wondering how to reach Shimla and its rich verdure by road or even by the narrow gauge railway. With flourishing Shimla tourism, the mightly and trendy hill station owing to a unique colonial flavor en circles India’s some of the popular tourist destinations, hill stations as well as trekking destination from where one can get an enchanting view of the far-fetched snow capped Himalayan ranges. Manali, which is a grapevine amongst all the tourists, is a mere 6 hours drive en route Bhuntar and Banjar. The distance from Manali to Shimla is approximately 260kms where as en route Mandi it is 250kms. Shimla by road from Pathankot is approximately 300kms whereas the distance from Chandigarh to Shimla is just 130kms. Your drive from New Delhi to Shimla is approximately 380kms en route Chandigarh. One planning a drive from Amritsar to Shimla has to cover a distance of 310kms whereas from Jalandhar it is 220kms and from Ludhiana it is only 190kms. The distance from Dehradun en route Paonta Sahib and Solan is approximately 230kms.
Well, the Kalka Railway Station and the Chandigarh Railway Station are the two closest broad gauge railway stations from Shimla, the Kalka Railway Station being the closest one. Both the railway stations connect all the major cities in India. Well if one who is looking to reach Shimla by train may opt to reserve his tickets on the track of narrow gauge that stretches from Kalka to Shimla.
Down 23kms from Shimla, the Jubbarhatti Airport that is a domestic airport used to connect Shimla with New Delhi. But after the shutdown of Kingfisher Airlines there are no scheduled flights to Shimla. Thus one who is looking to reach Shimla by air, the Chandigarh Airport and the New Delhi Airport are the closest one. There are regular flights from pune to Chandigarh as well as the domestic airport connects to all other major cities in India.
How to Reach 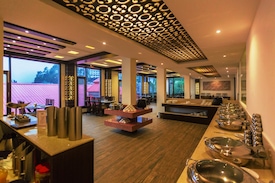 “Package inclusive of breakfast and dinner is preferable” “Hotel is at very high situated and near to mall road.” 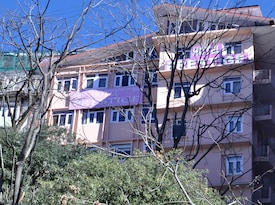 “All food are good but only one suggestion kindly change the breakfast menu in daily routine. ...”

“Hotel location was good, food was value to money...”

All Hotels in Shimla Things to do in Shimla Shimla

Search Question
Didn't find your answer? Ask a Question!
Are buses, metros and other public transport sanitized at regular intervals?

Re-Ask Answer
Thermal screening of all employees is conducted at the offices.

Answered 10 hours ago
Upvote
See All 3 Answers
Have local transport services like autos, three-wheelers etc resumed in the city?

Re-Ask Answer
Autos are allowed to operate inter-district without passes.

Answered 2 hours ago
Upvote
See All 2 Answers
Are local buses running in the city?

Answered 10 hours ago
Upvote
See All 3 Answers
Are private cabs and taxis operational?